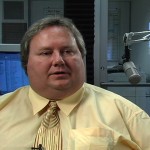 “I feel that the relationship you have with our clients becomes stronger because they feel    like they are a part of the whole process.  They feel like they are not ignorant to advertising.  They are learning as we are going along.  Knowledge is power.  Our clients feel far better about investing money in something that they do understand thoroughly. With the Warner Concept System, they do understand after they have gone through this training.” 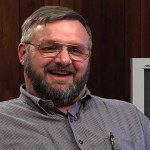 “I have had negative instances with radio advertising.  A lot of that I credit to the fact of my own ignorance and to the ignorance and inexperience of the people I was dealing with.  The Warner Concept systems, in essence, trains both myself and the sales rep for the radio station in their concept of the proper method get more results from the money you spend and the ads that you have, which is what it is all about.”

We believe in the necessity and value of educating advertisers. We’re just speeding up the process, taking less time for advertisers and making it fun for local business owners to get together periodically as Marketing Bridge Club graduates. Here are comments from several long-term and successful advertisers in Lincoln, Nebraska. 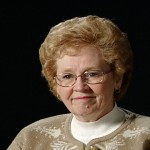 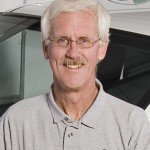 “I think there is always some kind of apprehension.  I know when I first started in 1992, it was so foreign to me.  I had never done it before, it was totally different.  And, I think people are just afraid to try what to them might be new or different, and often times they may be hesitant to take someone else’s advice as to what to do. I can’t imagine where I would be today if I had not followed the advice of Warner Concepts. I’ve told a number of people to talk to Warner Concepts because it’s worked for me.”

Joyce Jacobs and Judson Byleen were educated the old fashioned way. Years of a trusting relationship with highly skilled Radio Advertising Professionals. The idea of educating advertisers with a number of short videos began with what we trademarked, Push Button Selling™ (PBS). It was a system to create an advertiser’s belief in radio with a series of short (3 to 8 minute) videos played for selected advertisers. Mike Edwards General Manager of the Shepherd Group’s stations in Waynesville-Lebanon, Missouri used the new PBS video series the way we suggested. These are two advertisers who viewed the videos that are now included in the Marketing Bridge Club mini-seminars.

“(Tom) I really thought it brought everything into focus as to what we needed to do with advertising. (Judy) We have actually cancelled all of our newspaper ads and went only to radio, cause we have found it is so much better. (Tom) It’s just more effective.” 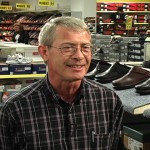 “Two words…it works.  It absolutely does work. It just makes good advertising sense.  Good common sense when you get right down to the end result and the results I’ve had from it, I have actually been astounded so far.”

The following are observations from the sales department at Waynesville-Lebanon in Missouri.

“What I am seeing is the clientele are referring to this as, ‘There has never been another station, or another media that would take the kind of time that we are taking to help them understand and benefit the way we are doing with the Warner Concept System.” 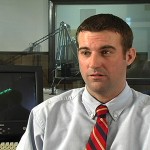 “With the Warner Concept series my advertisers cut out post office box mailings, paper, cable TV, everything that I know they had been doing and put 100% of their budget into radio advertising and are seeing results that they never believed before that they could.”

“I have actually had two clients who were using many different ways of advertising.  It could be anything from having their name put on the back of a bench to using print, to using yellow pages, and after watching the Warner Concept Systems, they believed entirely that radio was the way to advertise and they have promised and have put 100% of their advertising dollars with our radio stations.” 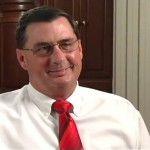 “Norton has known our family since 1968, and been involved with us. I have known Norton, not quite that long, probably really started in the 80s more for me. We both had a basic core belief in radio advertising. What we have now is just a different way to deliver our belief.”

In 2005 Dave Shepherd purchased what is now the Marketing Bridge Club video series for Moberly and Waynesville-Lebanon stations, both in Missouri.  Mike Edwards, General Manger of Waynesville – Lebanon instructed his sales team to take selected advertisers one at a time through the videos. Mike said: 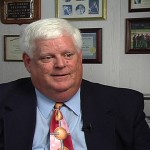 “We have increased our base numbers this year by half a million dollars so far this year.  We have not been in The Concept that entire time, but I would say that of that half million, at least half ($250,000) of that is a direct result of the kind of excitement we see coming out of the video series with both our sales people and the clients.”

Of this $250,000 increase about 80% or $200,000 dropped to bottom line. At a multiple of eight times cash flow the value or selling price of the Waynesville – Lebanon markets increased 1.6 million. And that is the magic. By the way, in 2007 Dave Shepherd sold his Missouri stations.

This entry was posted in MBC + RAP = Magic!. Bookmark the permalink.