In 1968 Norton Warner created The Concept, a series of 30 VHS cassettes from 24 to 45 minutes each in length. These programs are now on DVD and are still being used nationally and internationally. In 2000, The Skills program was completed. This program has trained many sales reps on the people-skills of selling radio. In 2005 Warner published a book entitled, David Can Still Beat Goliath, subtitled Radio Is David’s Slingshot.  It is a handbook for retail businesses and professional practices for the effective use of radio advertising. In 2005 Warner completed Marketing Firepower, a system for generating radio revenue from new or increased budgets of local advertisers. This system included a number of video programs that could be used for educating advertisers in marketing and radio advertising. Many of these video programs are now part of the new Radio Advertising Professional online webucation completed in December 2011.

The Radio Advertising Professional online webucation is product knowledge that assures the effective, efficient and profitable client use of radio advertising. It covers every element from marketing to on-air campaigns, from budgeting to measurement and expectations. Radio Ad Pro has been ten years in the development.  Read More

The Skills is a series of radio-specific interactive team training sessions. Thetraining objectives are to improve listening skills, assure selling and people-skills, better communication skills and remain on target when calling on advertisers. It employs the  tutorial method of interactive learning. All examples, stories and interactions with advertisers are actual radio experiences gathered from years of training individual high-producing career sales reps. Read More

Van joined Broadcast House in 1972 as a copywriter at KLIN AM and FM in Lincoln, NE. Two years later he began his career in radio sales. This was Van’s first and only job after graduating from the University of Nebraska. He soon became one of the most successful and respected radio sales consultants in Lincoln. Van produced over twenty million dollars in his 35-year radio sales career. He was selling and servicing over a million dollars annually when he left Broadcast House in 2006 to become president of Warner Concepts, LLC and Radio Advertising Professional webucation. One of Van’s special gifts is uncovering the Marketing Power Points from the Value Story Interview that lead to highly effective radio ad campaigns for his clients. Van has served as an advisor and contributor in every segment of the Warner Concept System, the Marketing Bridge Club, the Radio Advertising Professional Webucation, and Marketing Firepower/Marketing Bridge Club in-market advertiser development. 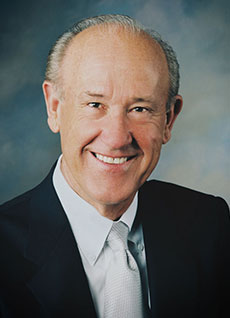 Norton began researching the concepts and sales systems as a radio sales representative in Wichita, Kansas, over forty years ago. They were introduced in the small community of Kimball, Nebraska at the first radio station the Warner family owned. The concepts and sales systems continued in Warner’s 13 stations in the Midwest and were ultimately tested and refined for 30 years at his four stations in Lincoln, Nebraska.

Warner has been engaged as a national and international speaker, sales trainer, and government consultant on radio advertising and sales training. He has also conducted sales seminars for both radio station personnel and business clients in the United States, Canada and Malaysia. Warner has conducted international seminars for the University of Nebraska on personal achievement principles for young entrepreneurs from all over the world.

E-mail Van Coker if you’d like Hire The Pros to go to work for you in your market. Van’s e-mail: VanCoker@gmail.com