Warning: "continue" targeting switch is equivalent to "break". Did you mean to use "continue 2"? in /nfs/c01/h02/mnt/33937/domains/radioadpro.com/html/wp-content/plugins/jetpack/_inc/lib/class.media-summary.php on line 77

Warning: "continue" targeting switch is equivalent to "break". Did you mean to use "continue 2"? in /nfs/c01/h02/mnt/33937/domains/radioadpro.com/html/wp-content/plugins/jetpack/_inc/lib/class.media-summary.php on line 87

The Pareto principle, also known as the 80–20 rule or the law of the vital few, states that 80 percent of your revenue comes from 20 percent of your customers. You need to focus on selling that 20%. But you can’t ignore The Other 80% and the law of the vital many. Why? Because the Other 80% may mean the difference between a profit and a loss in some months. The Other 80% may mean the difference between 10% to bottom line and more than 40% to bottom line. Only radio can effectively serve The Other 80%.

The Beginning of a Mission 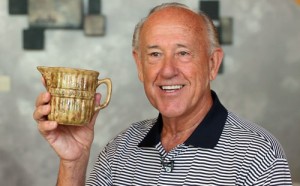 My dad owned the Kansas Mattress Company in Wichita, Kansas. He was a hard-working entrepreneur from the late twenties to the early sixties. Even though he manufactured the best mattresses in Wichita, customers didn’t beat a path to his door. He relied on referrals and word-of-mouth. It didn’t work then and certainly doesn’t work today. My dad didn’t know how to use media advertising to tell his story. A typical newspaper proposal might be to add his name at the bottom of the “Go to Church This Sunday” page. Radio station sales reps had no idea what to recommend. His advertising budget was spent on cream pitchers, yardsticks and other giveaway specialties. Without effective marketing and advertising…you’re out of business. My dad’s frustration with getting his story out has fueled my mission to help grow America’s small business with radio advertising.

Only radio can effectively tell the story of The Other 80% 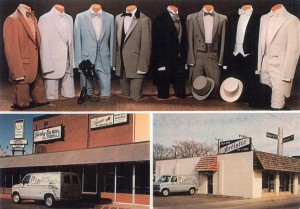 Artistic Cleaners – Only in America.

Bill Naill operated Artistic Cleaners out of a 12.5-foot storefront in south Wichita, Kansas, a community of over 400,000. He outsourced the actual dry cleaning. Bill and one employee did the pressing, packaging and presentation of the clothing. When customers discovered Artistic Cleaners, they wouldn’t go anywhere else. I persuaded Bill that my station’s audience was a perfect match for his dry-cleaning business. We scheduled two ads a day five days a week. After several months Bill said, “I’ve had customers tell me they hear my ads five or six times a day – three or four times the number of ads he had scheduled. This led to the discovery of radio’s powerful “magic snowball” effect. It also led to five more locations of highly profitable Artistic Cleaners and Artistic Wedding Gown and Tux Rentals. It all started with the twelve and a half foot front building and the creative use of radio advertising.

Fox Den Barbers – Only in America.

A two-person barbershop in Lincoln, Nebraska, a community of 250,000, also demonstrates radio’s magic snowball effect. When Tom and Rena Fox opened Fox Den Barbers we scheduled four ads a week on our AM station and two ads a week on our FM station. Tom voiced the ads, which we rotated on a PFP schedule. After a year or two, some of the shop’s regular customers began to “notice” how often they thought they were hearing Tom’s ads. They asked Tom how such a small business could afford so much radio advertising. The customers’ estimates of the schedule ranged from five to eight ads a day. The magic snowball effect is only possible on radio. It was working for Fox Den’s very limited budget. Tom and Rena kept their two person shop full of customers until they retired.

Judson Irrigation – Only in America 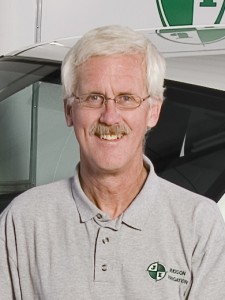 Judson Byleen, owner of Judson Irrigation in Lincoln, Nebraska has been installing and servicing sprinkler systems in Lincoln since 1971. After 20 years in business he was doing a little over $100,000 a year in total sales and service. Judson had developed a small but very loyal base of customers. He had done no advertising. He counted on referrals and word-of-mouth for growth. It wasn’t working. When Judson and I got together in 1991 he said, “I either need to grow my business or find another job.”  We introduced Judson to our new marketing and advertising concepts and a system that would consistently and effectively get his story out on his very limited budget. A little over 10 years later, Judson Irrigation was in the top 200 of more than 40,000 irrigation contractors in America in total sales and service. The magic snowball effect is possible only on radio. The success story is possible only in America.

We will show you how radio, and only radio, can make even the smallest ad budget sound six to eight times greater just as it did for Artistic Cleaners, Fox Den Barbers and Judson Irrigation.

In many markets the very small accounts with very limited budgets become the “practice” or “training” accounts. These are no longer throw-away advertisers. The Other 80% needs and should receive the most professional guidance your stations can give them.

The Marketing Bridge Club to educate the advertiser on the effective use of radio and the Radio Advertising Professional webucation for sales reps work together to provide the selling power that radio has always deserved. Your local media competition will be left in the dust.

This entry was posted in MBC + RAP = Magic!. Bookmark the permalink.